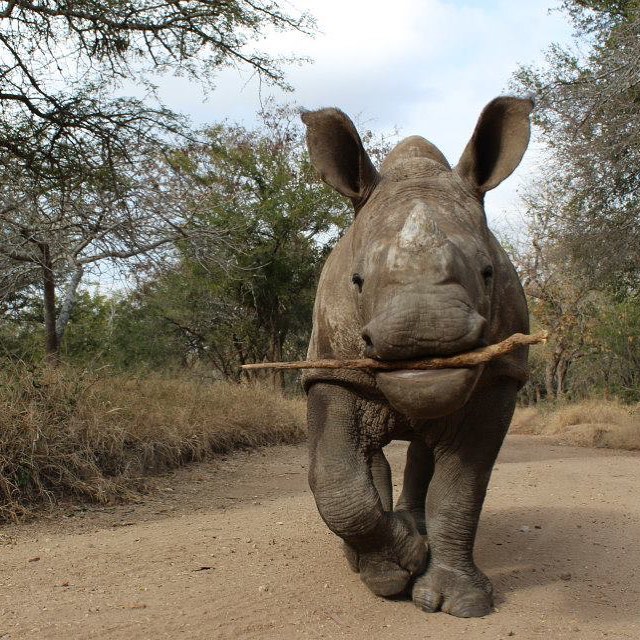 Hoedspruit Endangered Species Centre (HESC) has released two of its orphaned rhino back into the wild.  On 25 June 19 Gertjie and Matimba walked out to reclaim their place in the bush…

‘After five years of rehabilitation, we are proud to announce that Gertjie and Matimba, two orphaned rhinos, have been released back into the wild.

Both of their mothers were slaughtered by rhino poachers for their horns, in front of their innocent eyes. They have been in our care at Hoedspruit Endangered Species Centre ever since. Through hard work, dedication, love and patience, they are ready for their next chapter, back in the wild, where they belong.‘ – HESC

The two brothers are being protected by an expert anti-poaching unit and state-of-the-art technology and electric fencing surrounding the reserve.

What an incredibly happy moment!  Thank you to HESC and all players concerned for their role in rehabilitating these two rhinos to the point they have been able to return to their natural home – the wild.

We are proud to be part of a joint initiative by The Travel Corporation family of brands, called The TreadRight Foundation — a not-for-profit that works to ensure that the environment and communities we explore, remain vibrant for future generations.

One thought on “Little G Released Back Into the Wild…”