This is a very overdue Linda’s Letter, friends ….  The year has had my eye focussed on the very varied changes in our rhythm that came our way.  I have also used my writing time to contribute to articles for SA Tourism Update on-line.  I have attached the link listing all the stories for your interest, in case you missed them: http://www.tourismupdate.co.za/Author?authorId=40

Traveling around our beautiful land this year, took me on the Blue Train – what a lovely experience that was!  This magnificent, moving, five-star “hotel-on-wheels” traverses South Africa’s most diverse and beautiful scenery, in spectacular luxury.  It travels between Pretoria and Cape Town and Pretoria and Hoedspruit and is also available for private charter.  The Blue Train has been indulged on by Kings, presidents and celebrities, as well as honeymooners and ordinary folk like myself.

Throughout the 27-hour journey I enjoyed total comfort – my suite, with its elegant and relaxing lounge during the day, which transforms into a bedroom at night, was even fitted with a bath!  It had individually-controlled air conditioning, WI-FI and other electronic options, goose-down and percale-cotton bedding, plush towels and scented bath salts, as well as a butler service, to top it all!  The service was warm and friendly and the food exceptional.  Cordon Bleu meals, which are incredibly prepared in the tightest of kitchens, are artfully presented in delicate crystal and on fine china.  Waking up to a sunrise, with the most magnificent views, was breathtaking, to say the least!

We stopped off in Kimberley, the capital of the Northern Cape Province.  It has considerable historical significance due its diamond mining past and the siege during the Second Boer War.  We did a tour of the Kimberley Mine Museum, a site that yielded 2 722kg of diamonds, extracted from 22.5 million tons of excavated earth, using only shovels, picks and bare hands!  Surrounded by original old buildings from days gone by, “The Old Town” forms a magnificent open air museum, depicting Kimberley in its Victorian heyday during the diamond rush.  The Transport Hall contains an assortment of late 19-century vehicles, and De Beers Hall houses a display of uncut diamonds, stones of different colours and items of jewellery.  Also on display are the “616” (616 carats), the largest uncut diamond in the world, and the “Eureka”, the first diamond discovered in South Africa.  It was fascinating to learn more of the history of what took place here, how this city came to be and the legacy left for us to enjoy today.

South Africa-s diamond treasure-trove did not end in Kimberley, which led to the establishment of what is today known as the largest diamond company in the world – De Beers, controlling about 50-60% of diamond production worldwide.  A mere 35 years after the discovery of the first South African diamond, one of the richest diamond Kimberlite pipes was discovered in Cullinan, near Pretoria. It was here that the Cullinan Diamond, weighing a staggering 621g, translating into 3,106 carats, which today forms part of the crown jewels of the United Kingdom’s royal family, was found.  Diamonds are still being mined at Cullinan, with the Premier mine producing some of the biggest diamonds in the world.

The Cape Town Diamond Museum at the V&A Waterfront, is the only one of its kind in South Africa.  A gift from acclaimed jeweller Shimansky to the Mother City, it is a non-profit organisation dedicated to creating a new appreciation for diamonds.  A “Diamonds through the ages” visual timeline reveals some of the key moments in the history of the diamond and the history of diamonds in South Africa.  The most dazzling display in the museum is a wall dedicated to showcasing life-sized replicas of the world’s most famous diamonds.  Other fascinating presentations include an installation detailing how roughdiamonds are transformed into creations of fire and light and a display of historical mining artefacts, such as lamps, sifting pans and even a miner’s lunchbox and mug. 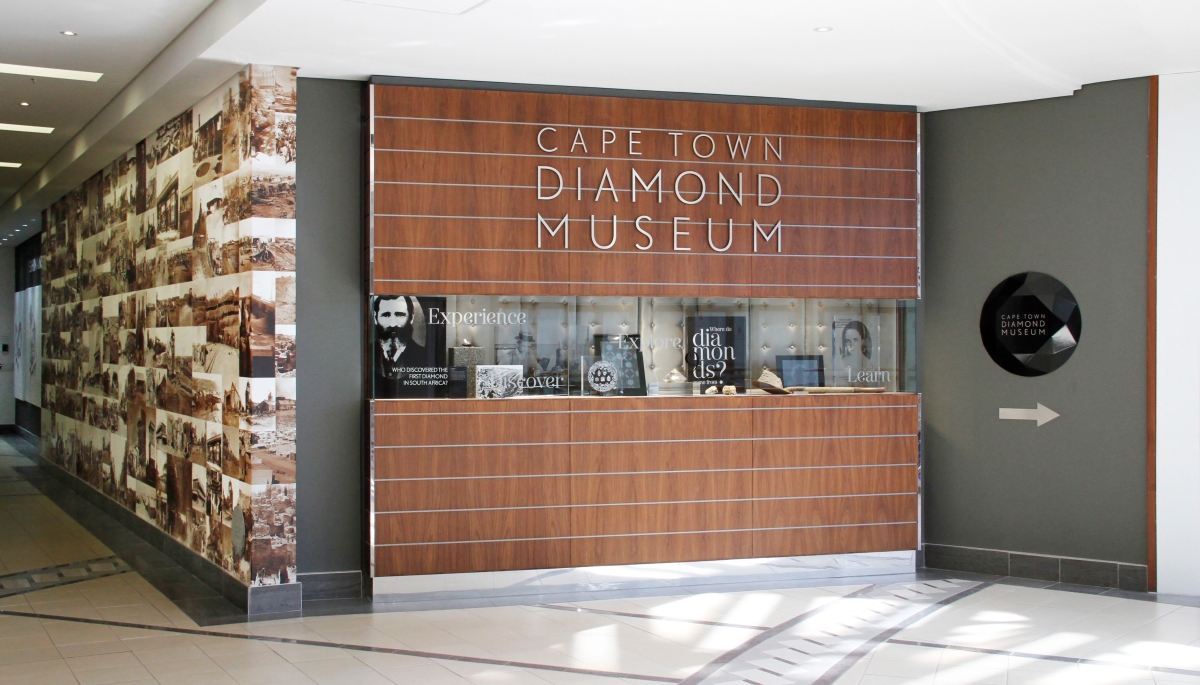 And so, from diamonds to South Africa’s first World Heritage Site, the iSimangaliso Wetland Park, the only place on the globe where the oldest land mammal (the rhinoceros) and the world’s biggest terrestrial mammal (the elephant) share an ecosystem with the world’s oldest fish (the coelacanth) and the world’s biggest marine mammal (the whale).  The 332 000 hectare Park contains three major lake systems, interlinking 8 different ecosystems, 700 year-old fishing traditions, most of South Africa’s remaining swamp forests, Africa’s largest estuarine system, 526 bird species and 25 000 year-old coastal dunes – among the highest in the world. The name iSimangaliso means miracle and wonder, which aptly describes this unique place.  I revelled in its superlative natural beauty, which stretches along 200km of endless beaches and grasslands with game, tropical forests, coral reefs and colourful under-water life.

Within an hour’s drive is the Hluhluwe-Imfolozi Game Reserve, a very special place that I love to visit as often as possible.  Long-established home to the Big Five, the Park, established in 1895, is not only the oldest game reserve in Africa, but has a proud international reputation for its dedication to the successful protection of the then endangered white rhino.  In addition to the Big Five, it contains other special sightings, such as cheetah, wild dog, hyena, and other general game species, and is, undoubtedly, not only one of my favourite, but one of South Africa’s finest game parks.  While I was there I visited Mzamo Cultural Village, a tiny cultural village run by just one very passionate man.  What a sweet experience!  Check out the video of my daughter Catherine joining in on the cultural dancing!  https://youtu.be/BMXoMQUgPX0 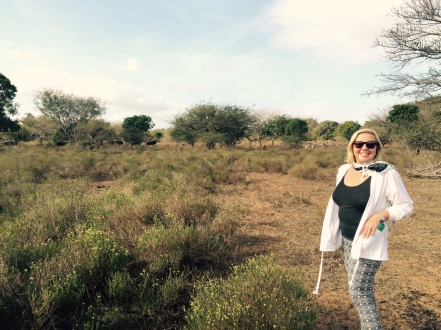 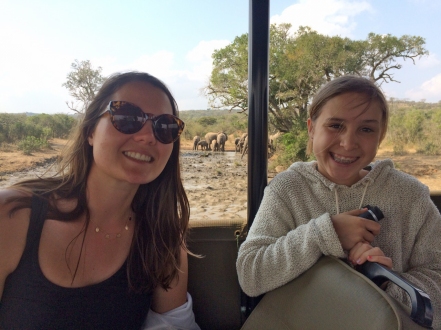 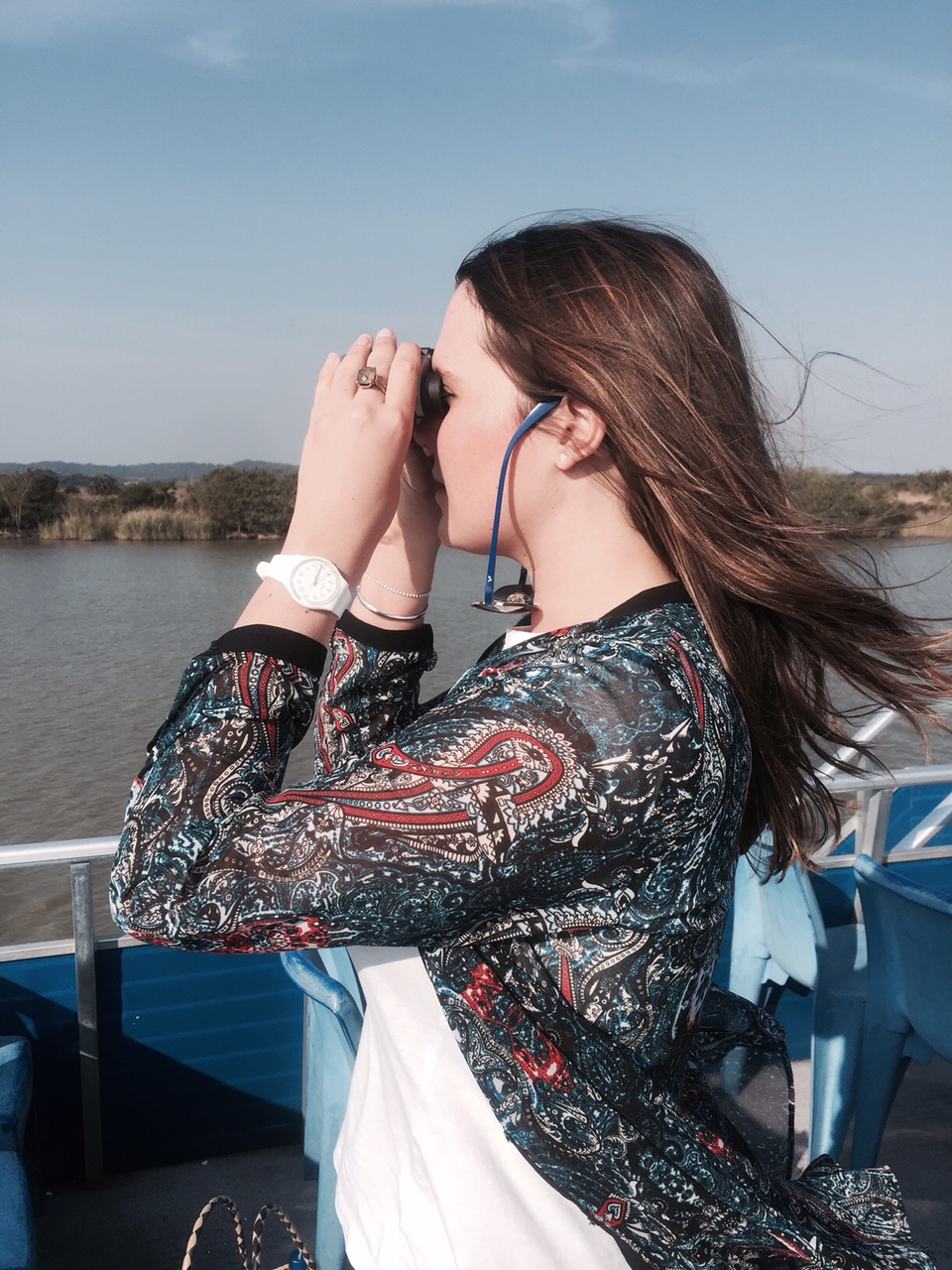 Back in Cape Town, I visited the Oranjezicht City Farm (OZCF) Market Day, now open at the Lookout at the V&A Waterfront every Saturday, between 9am and 2pm.  The OZCF is a non-profit project celebrating local food, culture and community, through urban farming.   You can buy freshly-grown vegetables and fruit, fresh bread, organic dairy, free-range eggs, honey and muesli and try out some delicious cooked and raw foods.  Not only are you inspired about helping to build an alternative food system, but the vibe there is fabulous.  Really worth a visit! 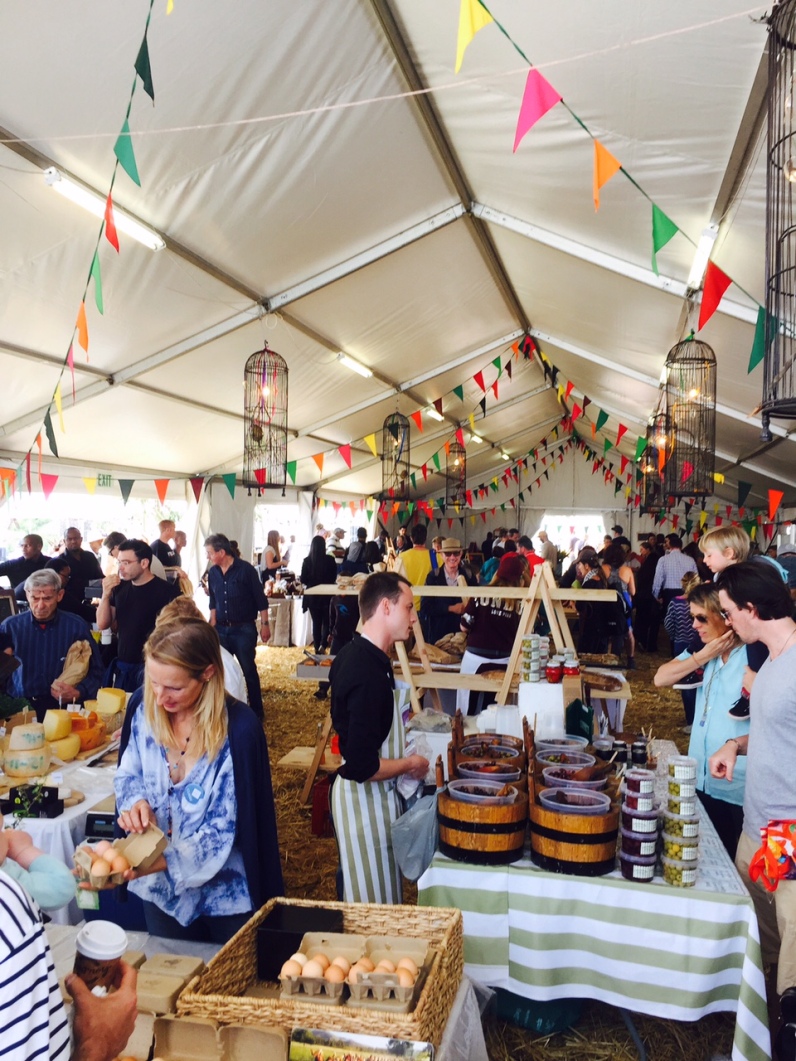 So, on this culinary note, until next time,